REDBIRDS VISION
ENVIRONMENTAL INITIATIVES
Having a land base in the Angeles National Forest means being able to observe the rhythms of Nature, and to witness our impact on the environment.  Over the last decade since the Station Fire of 2009, two environmental issues have emerged which we feel need to be addressed - invasive plant species and the lack of water for wildlife.  Specifically,  we are targeting one invasive plant species, Spanish Broom (Spartium junceum) which was planted extensively along the highway corridors throughout the forest and now flourishes in waterways and canyons.  In the Angeles, the road corridors are the domain of the State of California (CalTrans) and the County of Los Angeles, and these agencies have removed significant populations of Broom in their easements.  with the wet winter of 2018/2019 and the "super bloom" which followed, the true magnitude of Broom infestation was revealed, and this single plant is poised to change the biology of the forest.

We are seeking a cooperative agreement between the US Forest Service, Cal Trans and Los Angeles County Department of Public Works whereby dedicated crews will eradicate Spanish Broom on USFS lands outside of the easements, with funding from all three agencies and under the guidance of the USFS.

From UC California's Integrated Pest Management Program comes this description:  These highly competitive shrubs grow rapidly and form dense stands that most wildlife find impenetrable and unpalatable. Their dense stems make regeneration of most other plant species difficult or impossible, and they create a dangerous fire hazard. In addition, brooms are able to fix atmospheric nitrogen, which increases soil fertility and gives a competitive advantage to other non-native weeds that, unlike the local natives, thrive on high nitrogen levels.

​An opportunistic invasive, Spanish Broom now covers areas near structures which have been managed to reduce fire risk, both by prescribed burning and by mastication, taking advantage of the exposed soil and growing much faster than native plant species.  The presence of this plant hinders forest management; there should be no prescribed treatment to native vegetation in any region where Spanish Broom is present, as to do so is to invite an environmental catastrophe.  Spanish Broom must be eradicated before any other land management scenario can be considered.

Making this vision a reality will require the effort of individuals, environmental groups, and members of all the aforementioned agencies.  We can't do this alone.  You can contact the USFS Pacific Southwest Region Forest and Grassland Health unit at the link below to express your support for the removal of Spanish Broom via a cooperative agreement.  But let's not stop there.  Let's reach out to the Forest Service, to Cal Trans, to the County of Los Angeles and encourage them to initiate an invasive removal program dedicated  to preserving the health and biological viability of the Angeles. 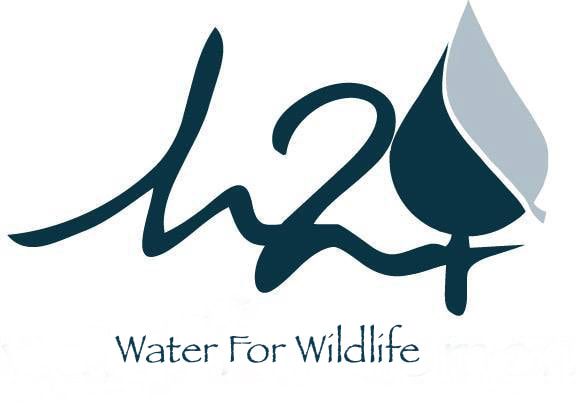 In the summer of 2018, we had a brief encounter with an adolescent bear.  It was looking for water.  And it couldn't find any.  The only sources of water were the spigots in campgrounds and at businesses, fire stations and residences within the forest, putting the bear in constant contact with humans.  It's a very common story.  What was different about this bear is that it wasn't tipping ice chests or dumpster diving.  It was just looking for water.

When large animals become habituated to the presence of humans, sooner or later, it spells trouble, and for bears, all too often it ends badly.  Feeding and watering wildlife is actually against the law, and the reason for that is that habituation leads to problems.  Wildlife populations rise in response to artificial food sources, animals become assertive to aggressive when regularly fed, the natural behavior of wildlife is altered by feeding, dangerous encounters increase dramatically when predators and even non-predators such as deer become habituated to humans...there's a long list of reasons why wild animals do better when we let them be wild.

Yet when it comes to water, we haven't left wildlife a lot of choice.  Southern Californians enjoy a very high standard of living, and we consume huge quantities of water.  Climate change and drought exacerbate the situation.  There's plenty of food in the forest...but in the past decade, there's been a dramatic reduction in the amount of water available to wildlife.  And where there is water, there's people recreating in it.

Rebecc Barboza, a biologist with California Fish and Wildlife, offered important professional insight into the issue, not necessarily agreeing with the idea that we need to provide water, but shedding some very important light on habituation.

Rebecca, replying to an email on the subject, said "Although water can be a limiting factor in arid environments, anthropogenic food sources are the primary reason that bears have become habituated within the urban areas and the Angeles National Forest.  Even in the throes of the drought, there was water available in the streams, seeps and springs.  As I’m sure you are aware, the Angeles is one of the most heavily-visited National Forests in the country.  There is so much trash and food available to these animals that, like I said earlier, the forest bears are just as habituated as the urban bears. At this point, I don’t believe that the bears in the urban areas even originate from the forest.  Now, there are generations of bears that have learned to associate garbage and humans with food. They don’t have to go back to the forest to find food or water, and cubs are born and raised in the urban-wildland interface. It’s hard to know exactly how these bears might eventually change their behaviors unless the garbage situation changes.

Fire is another complicated issue that you brought up.  Our plant communities are fire-adapted; and regular, smaller fires stimulate new growth and open habitat up for wildlife.  The Grand Prix/Old Fire in 2003 burned 1/3 of bighorn sheep habitat, and as a result the bighorn population has rebounded from a low of about 100 individuals to an estimated 400 now.  Larger fires do create monocultures and put certain plant communities at risk of type conversion and lowered diversity.  That’s why small, prescribed burns are recommended to maintain healthy forests.  Unfortunately, there are many factors which prevent the ANF from doing prescribed burns and as a result, these large conflagrations are more common.  However, from a wildlife perspective, any type of burn is beneficial.  Prior to the Station Fire, there was so much dense, decadent vegetation that wildlife couldn’t utilize a large part of that area.  After the fire, the habitat opened up for deer, and presumably for bear as well.  Although bears are omnivores, they do ingest a lot of plant matter (particularly in the spring) and that old, decadent vegetation had very little nutritional value.  Not to mention the fact that a tremendous amount of space became available to them because the fire cleared out the dense brush.

You live in a unique situation that allows you to observe nature at its best.  I hope you continue your efforts to manage garbage, at least in the Chilao area because I know there are a lot of human-bear conflicts there.  Hopefully I addressed all of your questions, and feel free to contact me any time."

Before communication with Rebecca about the issue,  my stand was this.  It's not just in the Angeles National Forest that water shortage is an issue.  This is an issue throughout populated regions in the southwest.  Humans are using, fencing off, bottling, redistributing and polluting the water.  We are creating the need for wildlife to come into our neighborhoods to find water.

And my thoughts on remedying the situation? The fix is simple.  Wildlife guzzlers in areas where animals can drink without being forced to encounter humans.  They can be connected to an existing water source, or even a storage tank.  Water parks for wildlife; areas where animals of all kinds can get to water safely.   It's not new technology, and it's certainly not elaborate.  It just needs to be identified as a need, and prioritized.

Should we work toward providing water for wildlife?  And if so, where to  begin?  Let's think of who we know that can help.  Our local and state representatives might be a good place to start.  For a great example of work already being done, check out Transition Habitat Conservancy:
www.transitionhabitat.org
or their facebook community
www.facebook.com/groups/transitionhabitatconservancy/